The King, The Final Hours brings alive memories from your teenage years 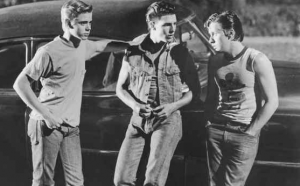 Fans spanning across multiple generations grew up with The King’s music and watched him live on TV, but over the decades his fans have forgotten those experiences that shaped their teenage years in the 20th century.

The King, The Final Hours, the new Off-Broadway play coming to The Producer’s Club Theater this October, will help the King’s fans remember some of their favorite moments of the iconic rock and blues recording artist.

Fans that got to grow up with the King can hear songs that he performed and helped to make famous, not to mention see some of their favorite memories of the King played out live on stage:

Some of the King’s career highlights, including historically-based conversations and intimate moments that likely took place before and after these highlights, are shown in the Off-Broadway production:

You can watch all of these events, and what led to them, in The King, The Final Hours this October upon its Off-Broadway debut.

Tickets for the limited preview show can be purchased here.