Meet the Cast: The King of Broadway 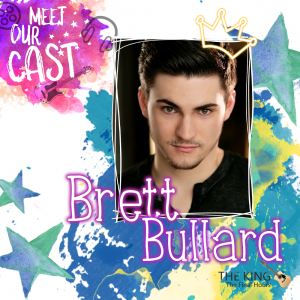 As a boy in Memphis, Brett Bullard grew up dreaming of being the King. In October, he will turn that dream into a reality as he takes on the lead role for the highly anticipated Off Broadway play - The King, The Final Hours.

The jukebox musical is the first ever Off Broadway or Broadway production to explore the final hours of the King's life. What went through his mind as he realized his life was coming to an end? Brett will play both the young singer who was discovered by the Colonel and will also play the King during his later years and in his final hours on earth.

Brett graduated from the American Academy of Dramatic Arts in Manhattan. He says his favorite roles from past productions include Fly from “Blood Potato” by James McManus, Chuck from “She Kills Monsters” by Qui Nguyen, Orpheus from “Polaroid Stories” by Naomi Iizuka, and Nikos from Charles Mee’s “Big Love.”