Meet the Cast: The Colonel 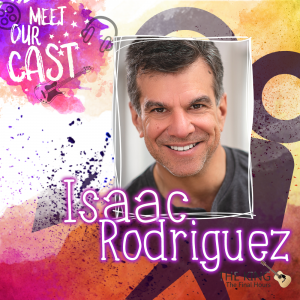 Tom Parker, also known as The Colonel, is famous for introducing the King to America. He originally met the young singer while he was on tour in the South, and convinced him to switch managers.

Isaac Rodriguez will play the Colonel in the upcoming Off Broadway Musical - The King, The Final Hours.

Isaac is a true renaissance man. He acted in The Boychick Affair, an interactive Off Broadway play, that came out in 2010. He has also appeared in several commercials and has been featured in TV shows such as Mildred Pierce (HBO), Rescue Me (FX), and Team Umi Zoomi (Nickelodeon).

Aside from being an experienced actor, Isaac is also an accomplished business leader with over 25 years of experience in finance, sales, and marketing. He was most recently the President and CEO of Provident Loan Society of New York. Isaac is currently the founder and CEO of The Double Eagle Process,  which integrates the arts into business development and management. Isaac also serves on the board of the nonprofit theater company, Artistic New Directions.

In The King, The Final Hours, this real life businessman will play one of history's most infamous businessmen. Watch Isaac Rodriguez play Colonel Tom Parker, the King’s infamous talent manager and marketer.